Too often in our business, we see people assume that freshwater tanks are a “safe” option and that only saltwater aquariums can be exciting. Thankfully, that’s not the case, and our list of top 10 coolest freshwater tanks will turn that notion on its head:

Awesome, but beware: I always say a true freshwater planted tank takes just as much maintenance effort as a saltwater reef tank. You’ll need specialized equipment like CO2 reactors, heating cables, and much more light than you would have in a freshwater tank. However, wow. This is truly stunning and we try to recreate this type of look in our synthetic decorations for freshwater. There are worldwide competitions for freshwater planted tanks, and this has been a very popular choice through Asia and Europe that is now growing heavily in the US as well.

I personally kept a vivarium for years and I think is the most interesting type of aquarium out there. For some reason though, it tends to be widely unpopular. Vivariums contain a combination of amphibians, fish, and plants, and typically consist of an aquarium half full of water and half land. Frogs, newts, snails, crabs; heck, I think I had a Praying Mantis in that tank. Then, there’s a variety of fish in the water column, all interacting the way they might in nature. Or, in my case, they were probably terrified because their species came from different sides of the planet and had never seen each other before. Whichever, it was a very successful aquarium, I’m sure they were happy.

Often considered the most attractive and the most “saltwater-like” fish, Discus are truly amazing. They have colors that are unrivaled in other freshwater aquarium fish but do require more care than most typical aquarium inhabitants. They prefer a pH much lower than what typically comes out of a water tap, and temperatures in the mid-80’s, higher than that of most community aquariums. Lastly, they have an unusual diet that consists of blood or black worms, beefheart, and brine shrimps. MMMMM-mmm!

You heard me; goldfish! Not the ones you won at a carnival as a kid, I am talking about the vast varieties of ornamental goldfish such as Shubunkins, Orandas and Ryukins. No I am not making these names up! However, like Discus require warmer than normal water, Goldfish need the opposite, which may be difficult to maintain without special equipment. 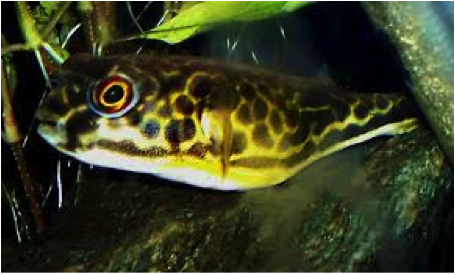 Brackish is a term that describes the places where salt and freshwater meet, areas of nature that tend to develop some rather interesting fish. Freshwater puffer fish with bright green coloration, and Archer fish that have incredibly interesting behavior and feeding behavior (in nature they spit water at insects on leaves above the water and when they fall in…dinner time!). Also, Gobies, Scats, and other fish not seen in a typical freshwater or saltwater aquarium are things you can find in a brackish aquarium with mild levels of salt in its water composition. 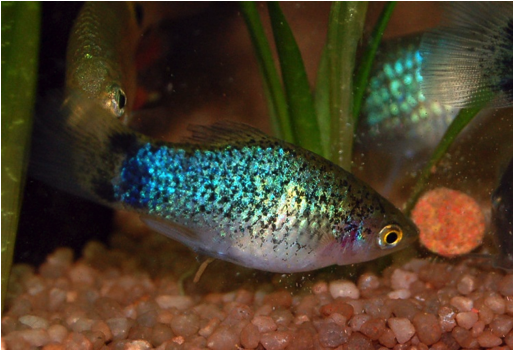 Several freshwater fish are “live bearers” rather than egg laying fish. The largest family of fish on earth, the Cichlid is an example of this but more on that later. Many of the most common aquarium fish such as platties, mollies, and swordtails are also live bearers and when left to fully populate a tank, leave a very striking display of fish. Some clients have generation after generation of fish and when left without the presence of any other tank inhabitants that can be deemed a predator, the breeding rate of these fish will increase dramatically.

As we mentioned above, the Cichlids are another live bearing fish and come in a variety of colors and patterns. These notoriously aggressive fish actually enjoying having large populations and their level of aggression will decrease the more crowded their habitat becomes.

The Amazon jungle and river are host to the largest biodiversity on the planet. Some truly amazing fish come from the river and many of them you certainly would NOT want in your aquarium (if you ever watch the show River Monsters on Animal Planet, you know what I mean), but there are countless amazing fish that make great and exotic tank mates. Almost neon colored Cardinal Tetras, brilliant South American Cichlids, and even Stingrays! Which leads us to… 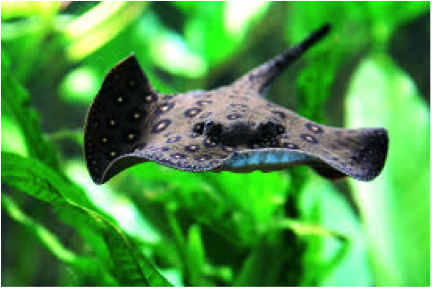 I mean, how cool is this? These animals look virtually no different from their saltwater counterparts and are an amazing animal to take in. They move and feed with such peculiar grace, you can go ahead and tell your friends it is a saltwater tank, because they’ll never know the difference! 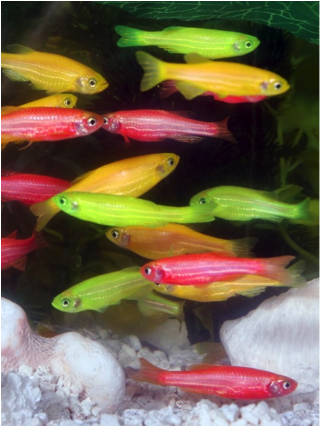 Ah, technology… We talked about this in the “What the Future Holds in 2015 for the Aquarium Industry” newsletter—brand new species of fish are becoming available in the aquarium industry like never before. We have also talked about some terrible practices of dying or tattooing fish for the aquarium industry, which for the record we disapprove of. That being said, nothing like good ol’ genetic engineering! How about some truly NEON fish? How about on top of that, we add neon gravel and add blue lighting to bring out the colors? It’s not for everyone, but in the right spot it can look incredible. Reminds me of the velvet poster and black light I had in my bedroom as a kid; more on that never.

We hope we’ve given you some freshwater aquarium inspiration and some ideas on what fish to look into buying next. Stay tuned for more of our infamous Top 10 lists!