Now that it’s 2015, we’re officially in Back to the Future “future” category. Indeed, some very cool aquarium technology and trends have been coming on to the market lately, and we’re excited to get on board with them. Here’s our list of what’s on the way for Blue Planet and the aquarium industry this year:

It started with LED “energy efficient lighting” – no bulbs to replace (usually just once a year) and they use a fraction of the energy. The video is an example that demonstrates how incredible the lights look as well as the energy savings at Legoland California:

Then we saw low voltage options for all aquarium pumps which lead to protein skimmer pumps going low voltage. It certainly looks like it won’t be long before this is the norm for all equipment, as the cost difference is negligible up front and the equipment saves owners big money in the long run.

The problem with all this low voltage goodness? It is all made in China. We all know at this point that the majority of products we use every day are not made in the States. We at Blue Planet have always chosen products from national manufacturers but it’s the old adage, manufacturers here simply can’t make these products at a comparable price to their overseas counterparts. I was an anthropology/psych major and global finance isn’t quite my bag. This is a bigger issue than what I can tackle; we’ll wait to see what develops.

We’ve talked about small or “nano” aquariums being the biggest segment of growth in the aquarium industry of late and don’t expect that to change. These small tanks are only going to get more sophisticated over time and will always allow folks to get involved in the hobby without a much of a financial commitment.

The flip side of people getting more involved in owning an aquarium is that the old wives’ tales of “aquariums are so much work” and “it’s so hard to keep salt water fish” will finally be dispelled and those folks apprehensive about making the investment in a larger tank are going to feel more comfortable in doing so. Even if that means…….

I’ve said this on every new aquarium consultation I’ve ever been on. Saltwater aquariums do cost more than freshwater aquariums to set up and to maintain. There is more equipment needed for saltwater and more additives needed for maintenance as well. The things is, if I hold up a saltwater fish in one hand and a freshwater fish in another, 95% of people are all going to agree the saltwater fish is far more interesting. However, that doesn’t mean a freshwater tank is anything to be ashamed of; in fact they can be quite remarkable. As seen in this recent featured installation of ours:

A recent newsletter talked about the lionfish being an invasive species to what is now the entire eastern coast, presumably due to hobbyist releasing them into the ocean after they had outgrown their home aquariums – a true black eye for the industry. In a world of climate change, eco-awareness, environmental consciousness, and an  aquarium industry which faces pressing legislation, doing what’s right is essential. So many collectors (which are all collecting under a very watchful eye and tense scrutiny) as well as manufacturers, retail stores and yours truly, all contribute back to revitalizing reefs, protecting the environment, and doing what’s right.

In our past “stupidest aquarium fish lists” I’ve talked about fish that are collected that simply have no ability to thrive or even survive in a captive environment. We at Blue Planet will not sell these fish and many suppliers are getting on board as well. It’s simply the right thing to do. 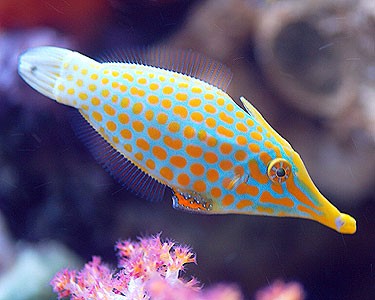 Furthermore, take, for example, sharks. Federal regulations are getting involved more and more every day and sharks such as Black tips, Leopards, Bonnet Head, and more that were commonly seen a few years ago are now banned. More and more we will see what limits on what collectors choose to, and are allowed to collect.

The first widely bred saltwater fish was the Oscellaris (false Percula) Clownfish (also belovedly known as “Nemo”). These fish are hardly even collected from the wild as they are being bred in huge numbers for the industry with great a success. Tank raised fish are known as heartier because they are accustomed to life in an aquarium from birth and don’t have to be shipped as far as their wild caught counterparts, thus lowering costs. 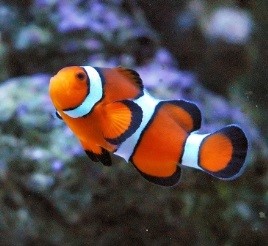 More and more fish are being reportedly bred in captivity seemingly every month and this will be a huge segment of growth in the industry moving forward.

Another part of this incredible development of captive breeding of saltwater fish is the genetic manipulation of fish, providing species that don’t even exist in nature. These are incredible animals that are extremely durable and accustomed to aquarium life. 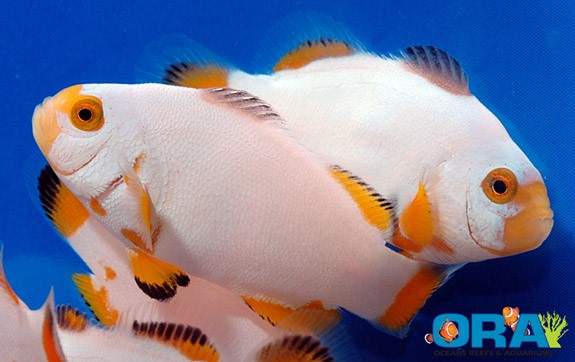 Furthermore there are species of corals in aquaria that no longer exist in nature or have never. More and more coral propagation takes place seemingly daily and we are heading to a point of no longer even removing live corals from the ocean in general.

Another thing I’ve said a million times in all my days in this industry; “nobody needs an aquarium”. When the recession of a few years ago hit, we saw many of our own service clients go out of business and often, clients made cutbacks on their bottom line. Aquarium care and basic dollars and cents on aquariums were cut back on. We went from quoting and installing gigantic aquariums all week long to inquiries being more sporadic and largely, more economical as well as fewer new service clients coming aboard.

This is changing as a product of both the growing economy and in my belief, an overall better understanding of how to properly care for aquariums by all in the industry.

There are the trends we’re looking forward to in 2015, and we’re excited for them!