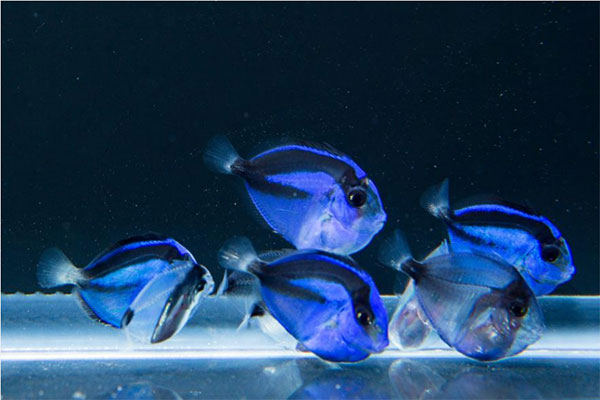 With the releases of the movies Finding Nemo a few years ago and this summer’s Finding Dory, blue tang “Dory” fish became popular with young and old aquarium enthusiasts alike. In fact, blue tangs are ranked as high as the 10th most imported fish.

When Finding Nemo first came out, the demand for clownfish skyrocketed, leading to questions about how all the new clownfish were being sourced. Now, with Finding Dory in theaters, we can likely expect the same thing to happen with blue tangs in the next couple of years.

Up until now, it was nearly impossible to breed blue tangs in captivity, which is why they were sourced from the wild. The good news is that biologists at the University of Florida Tropical Aquaculture Lab successfully bred 27 blue tang “baby Dorys” in captivity this past July.

Cracking the code in breeding Blue Tangs will lead to more fish that can be bred in captivity, thereby reducing and (hopefully) ultimately eliminating the illegal and unreported fishing practices and trade. Currently, the Rising Tide Conservation, along with UF, are working on commercial aquaculture of the Banaggai cardinalfish. This would result in more robust blue tangs, helping to replenish wild populations and maintain the health to the coral reefs they inhabit.