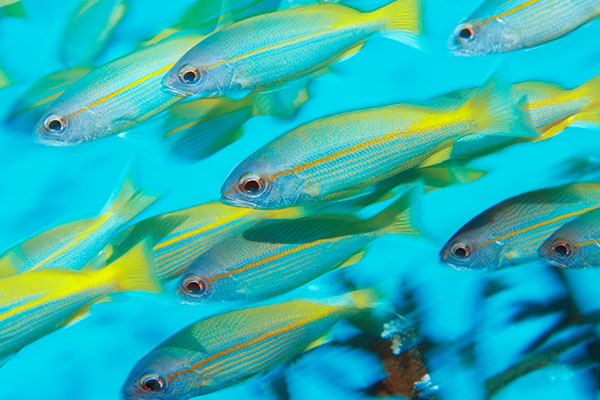 Aquarium tanks come in all shapes and sizes. Whether you’re just starting out and want to start off with a smaller tank, or have limited space, a small aquarium needs to have the right fish for the tank.

A good rule of thumb in any size aquarium is not to overcrowd the tank with too many fish. Generally, one inch of fish requires one gallon of water. Small five and ten gallon tanks can include saltwater fish, though generally tanks of that size are freshwater.

If you’re going for saltwater, stick to Gobies in blue neon, orange spotted, or clown varieties. Add in some live rock, shrimp or anemones and you could have a complete saltwater ocean ecosystem in a small tank. Saltwater tanks do require more attention, however. Which is why most saltwater enthusiasts go for bigger tanks and more variety.

Small freshwater tanks are easier to stock. Bettas are always a popular choice, but should be in a small tank alone. They may become too aggressive in cramped spaces.

Tiny Tetras are usually a little less than 1 inch in length and are passive fish. Neons do well up to 78 degrees, which means you may not need a heater. However, if you do want to have a heated tank, go for Cardinal Tetras which prefer 74 to 80 degrees.

Least Killifish are not only great for an aquarium, they also breed readily and bear live fish. Small freshwater shrimp and snails, while not fish per se, also make great additions to a small tank for added variety.

Have you had a small aquarium? Which fish worked out best for you? Let us know!