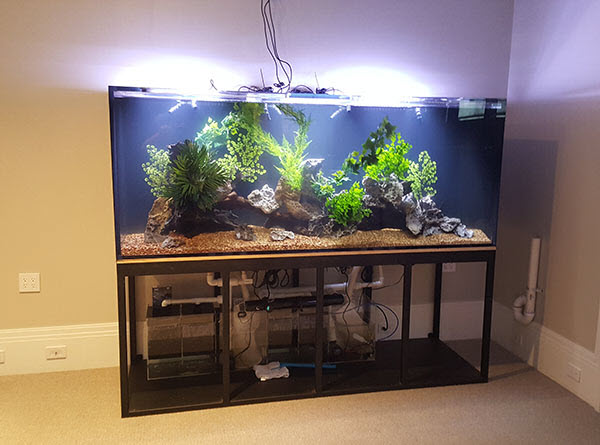 One of the most important aspects of setting up a brand new aquarium is cycling. Even if you’ll never have to set up an aquarium yourself, cycling is good to know about because it teaches you about what’s going on in your tank.

In an aquarium, a variety of organisms work together to form a balanced ecosystem. Fish inhabitants excrete ammonia in their day to day activities, and this chemical would make the environment dangerous if it were left unchecked. Thankfully, certain types of bacteria convert the ammonia into nitrites (also toxic), which are then converted by a different kind of bacteria into nitrates, which, finally, are safe for the fish.

The cycling, technically speaking, is the initial process that creates the bacteria in the tank, which is usually referred to as a biofilter because it fulfills the same job as a filter, but via biological processes.

There are two basic ways to start cycling an aquarium. The old school way was to add a few hardy fish, which would then have to withstand the buildup of ammonia as the aquarium system gets into the right balance.

These days, we start aquariums with a few sturdy fish and gravel already “seeded” with beneficial aerobic bacteria. We also add biological filter media from our systems to basically instantaneously cycle new aquariums. Testing the water with a kit for the right balance of ammonia, nitrites, and nitrates will tell you when your aquarium has been cycled and is ready to accept its next inhabitants.

Have a question about the fascinating process of aquarium cycling? We know a thing or two about that, so let us know!