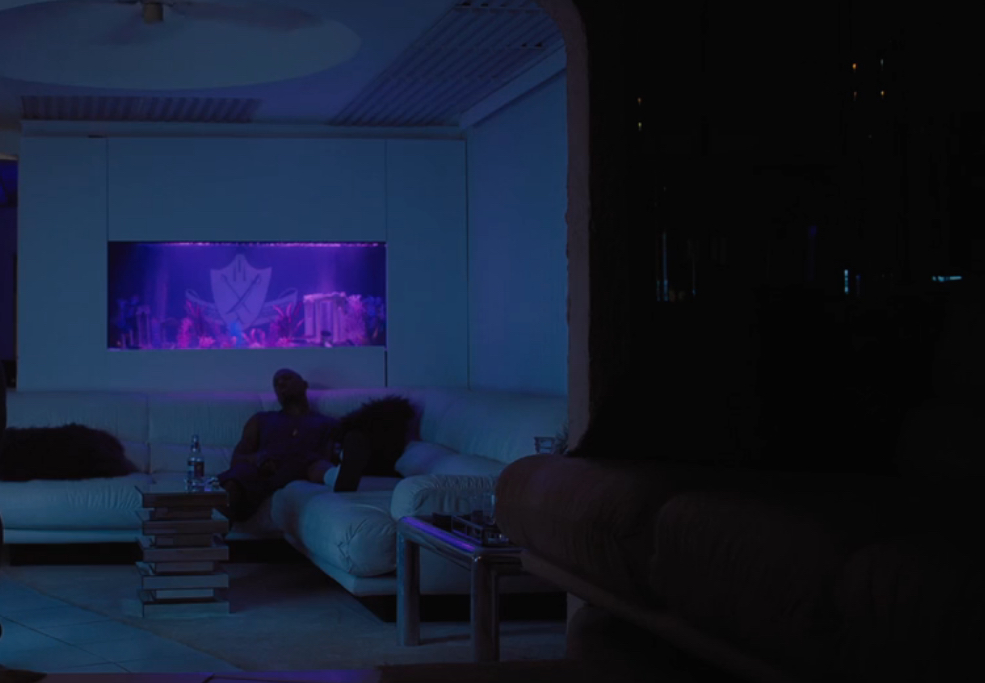 This month’s case study looks at a rather unusual aquarium installation. What makes it remarkable isn’t so much the overall size of the tank, nor is it the array of animals meant to be kept in it. This was a rather simple 120 gallon glass aquarium with basic freshwater filtration and simple African Cichlid fish inhabitants.
What’s so remarkable about this aquarium then? Well, it was going to be used as a set centerpiece in Spike Lee’s controversial film “Chi-Raq” that was shot here in Chicago last year.
How It All Started
I recall the phone call came in like any other; “Hi, we’re looking at a fish tank, with somewhere around these dimensions and these specifications”. However the conversation took a turn for the unusual when the person on the other line asked, “have you ever worked as an animal wrangler before?”
The person on the phone introduced himself as a production assistant working directly for Spike Lee for his film Chi-Raq. I immediately knew what he was talking about, as the movie had been all over the news around that time.
The Design Process & Client Needs
The production assistant was building a set for one of the gang leaders (played by Nick Cannon) to be sitting in his living room which Spike himself requested an aquarium in. After we talked about the basics (using hearty fish, figuring out tank dimensions, installation details, etc.) we got a little more involved and customized. The request was to make the aquarium look “tacky, not particularly pretty,” something I can’t say we normally plan for.
The gang colors were purple so I wanted to add a lot of purple elements to the tank through purple plants, gravel, and stone. Furthermore, I wanted a light system that could adjust the temperature of the lights to be purple as well. Lastly, with a nod to the movie being based on a Greek play, I added a lot of Greek and Roman columns as decor to the tank.
After we agreed on the tank and installation I asked, “so why did you ask me if I’ve ever worked as an animal wrangler?” It turns out, when filming any animals, there needs to be a “wrangler” on hand in the event these animals are ever in trouble and to simply watch over them during the time of the shoot. “Sure I thought, what’s the big deal, watch a fish tank for a few hours? No problem.”
Excitement on Set
Turns out, it wasn’t just a few hours, it was however long it took to get my “shot” done with the aquarium. Lucky me, that shot was the very last of an 18 hour day.
For 18 hours I stood outside the house various film shoots were being done in. Suddenly I heard shouts of “Animal Wrangler!” “Animal Wrangler on set!” I immediately thought” Oh god, what’s wrong?” I walked into the house and introduced myself to the person that was yelling for me, “Hello, Jon Wolf…Animal Wrangler”. He turned and said, “Spike wants you”.
I look behind him and see Spike Lee sitting on a couch in the living room. Nick Cannon is on another couch. After 18 hours of standing around by myself, exhaustion level: 100%, intimidation level: 110%.
The Challenge
Most aquariums don’t require much special attention beyond maintenance after installed. They’re there to accent a space and just be a beautiful visual for a home or building. However, in this case, the aquarium had to be “camera ready.”
When I met with Spike Lee and his Director of Photography I was faced with a question I had never really had to answer before—”Why aren’t those fish swimming?”
Typically the fish swim as they will and that’s just fine. However for filming purposes they had to be moving, and unlike other animals like dogs you can’t just shout a command to do it.
Our Solution
While I’m not normally employed as an “animal wrangler” I stepped up to the plate. Fortunately by considering what I know about the behavior of tropical fish I was able to help their crew find a solution.
Sometimes noise can have an effect of the movement of fish, so i suggest they clear the area of 50 or so people moving around the tank. And with that Lee said, “Alright, clear the set!” The fish got moving and the scene was complete in a mere 90 seconds.
Months later, I saw a trailer for the movie, and there was my fish tank in all its beauty.
However, the movie business is a tough one to break into—when I sat down to watch the actual movie, I discovered that the aquarium scene was ultimately cut from the film. Still, this was a once in a lifetime experience and we were glad to be a part of it!