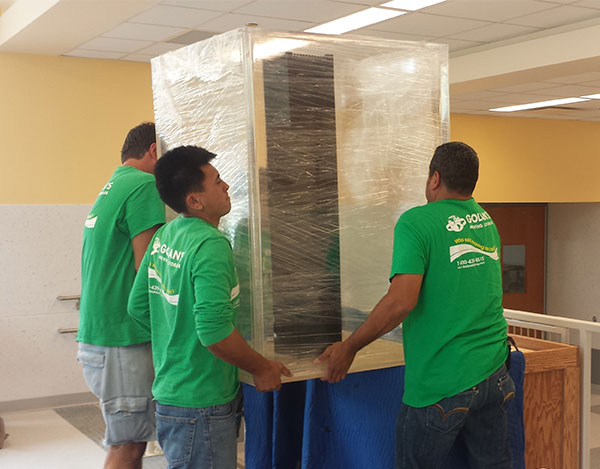 A client of ours who had a custom aquarium installed in his basement years ago contacted Blue Planet with an upcoming aquarium project he wanted to champion. His children’s school was about to go under a massive expansion and an annex was going to be added, doubling the size of the Chicago Public school.

He pledged a very significant budget for an aquarium, fish, and 2 years of service. It was up to Blue Planet to decide where the aquarium would go, as well as the size and shape of the tank.

Our client was an aquarium hobbyist as a child, and as an adult he wanted a beautiful custom aquarium in his home, which we provided. He also was a regular reader of our monthly newsletter. One article that caught his eye about our relationship with Chicago Public Schools (CPS). This gave him the idea; why not donate a gift to this new school addition that the kids can enjoy and learn from?

After much deliberating and back and forth with the architects, principal, client and myself, I found a place with extremely high foot traffic so all the students would see the tank at some point during their day. Keeping in mind the aquarium would need to be compliant with The American with Disabilities Act (ADA) we found a location at the top of a wheelchair ramp and staircase at the entrance to the new school annex. As this was going to be a small footprint, I decided a tank viewable from 360 degrees would maximize effect, going with an elongated cube getting us the most bang for our buck. The tank was a 36 x 36 cube that was 48 inches tall, on a 36-inch cabinet. For the students, this appeared to be larger than life due to its height.

We also chose to set the tank up as freshwater instead of saltwater, for a few different reasons. For one, our budget for the entire project would go further with a freshwater tank than saltwater, not only for the initial set up but also for service down the road. Also, the fish we were asked to keep are varieties of South American Cichlids which will breed in the tank over time. It is a lot of fun for students to see babies and the behavior of fish nesting and raising babies. Lastly, a common problem we have with Chicago Public schools is temperature swings throughout the year. The new annex will be temperature controlled, however we can see very hot summers and very cold winters, particularly when class is not in session, and a freshwater tank can deal with that more easily.

The décor was custom made for the tank. Inside the aquarium there is an overflow box with the dry chamber as we mentioned already. This box runs through the center of the tank and is how we get water in and out of the tank, to and from the filtration. However, it is a big black box and not particularly the most attractive or natural thing to look at. The décor was made to wrap around this box entirely and run top to bottom and was made from a mold of an actual tree. Green plants were added and it looks just like a cross section of a river or lake.

The tank has been up and running for a year and is a focal point of the school. Kids and staff alike all love the tank and, with its prominent location, get to spend time with it every day.

What went particularly right or wrong?

Right: Location. Location is a huge hit because it stands out so much. The other locations would have had an aquarium against a wall somewhere, which is fine, but with the broad hallways and amount of traffic from the students, anything against a wall could get passed without necessarily being seen. Our aquarium stands out in a column, which can’t be missed.

Wrong: Location. We didn’t realize it when we decided on it, but this exact spot sees a ton of sunlight in the winter and the tank bathes in extra light which grows algae like crazy for a few months a year. We service the aquarium a couple times per month in this time and use double the algae abatement chemicals to combat this.

In all, a very fun project to be a part of!